Education Minister Sabitha Indra Reddy has announced the dates for the entrance test of the EMCET in Telangana. Sabitha Indra Reddy said the government had decided to hold the EAMCET from July 6 to 9. Prof. Papi Reddy, Chairman of the State Higher Education Council, Naveen Mittal,

Commissioner of College Education and Vice Chairmans Limbadri and Professer V. Venkataramana has conducted on a review of the state entrance examinations. The government has decided to conduct these tests in accordance with the provisions of Covid-19 and in accordance with the suggestions made by the UGC. The CM KCR ordered that should take all precautions during the entrance exams and take special care in the wake ofCovid-19. The schedule has been released for various entrance exams n Telangana State. 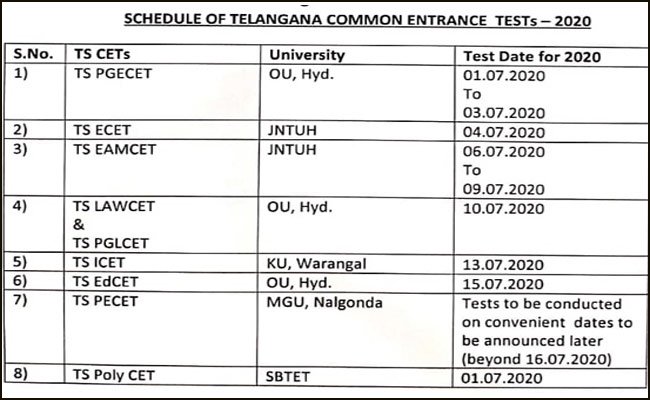