Latest Update on TS Inter Results: Hyderabad: Telangana is ready for the release of Intermediate First and second year Results. Officials have announced that the results will be released on June 28. Inter board secretary Ashok said in a statement that the results will be released on Tuesday at the Education Bhavan in Nampally. While the paper valuation was completed in the first week of May, the results were announced on the 28th of this month, but the students were not overwhelmed. Inter exams are completed in two Telugu states. As the Inter results of the AP State have already been released, Telangana has announced date of the results. The Telangana Inter board has announced the results date for the more than 9 lakhs students. Inter exam are conducted in 1300 exam centers across the state.

Hyderabad: Intermediate results are going to release in Telangana on 28-06-2022. On June 27 authorities have been arranging the results of Inter First years and second year students’ results. Education Minister Sabitha Indra Reddy is going to release the exam results. 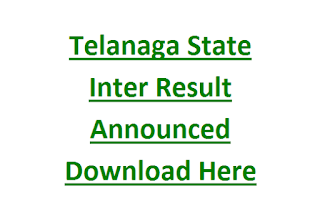