For Stenographer-SSLC qualifications with Stenography test from any recognised technical board.
Knowledge of Kannada and English typing skills are mandatory for submission of application form for this Bagalkot court jobs.

Candidates selection will be based on stenography test and typing tests.
Download Stenography Test Details here 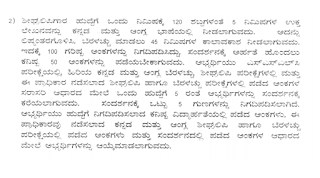 How to apply for Bagalkot District Court Peon, Stenographer Jobs:

Candidates who are interested in this Peon, typist, Stenographer recruitment they can submit their application form online on or before the closing date of 21-04-2022.