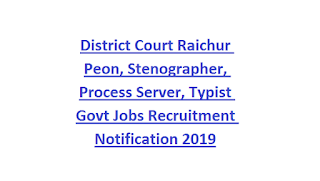 Candidates selection will be through merit in qualifying exams and skill test, interview.