HARYANA ROADWAYS Helper Jobs Recruitment 2017: Haryana Transport Dept has been invited applications from Haryana State local candidates for the available Helper and Store Man vacancies. Candidates who are qualified ITI in respective Trade they are 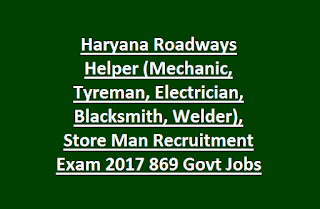 Candidates must have completed ITI in respective trade from a recognized institute which is approved by Haryana Government.

The candidate age limits as on 30-April-2017 is 18-42 years. For SC/ST and BC categories candidates of Haryana State upper age will be relaxed up to 5 years.

Selection for this HARYANA ROADWAYS recruitment will be held based on written test and interview only. Details will be available in www.hartrans.gov.in. 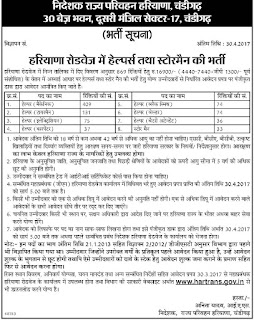